NCC will expand the NCC Food Group Serving Count System with the release of NDSR 2019 to include six new food groups:

The addition of these food groups has implications for calculating Healthy Eating Index (HEI) 2015 scores, and thus NCC will be providing new SAS code on the NCC website for calculating the HEI 2015. It is recommended that you use the new SAS code instead of the previous code if you are using data collected in or restored in NDSR 2019 or a subsequent version of the program. 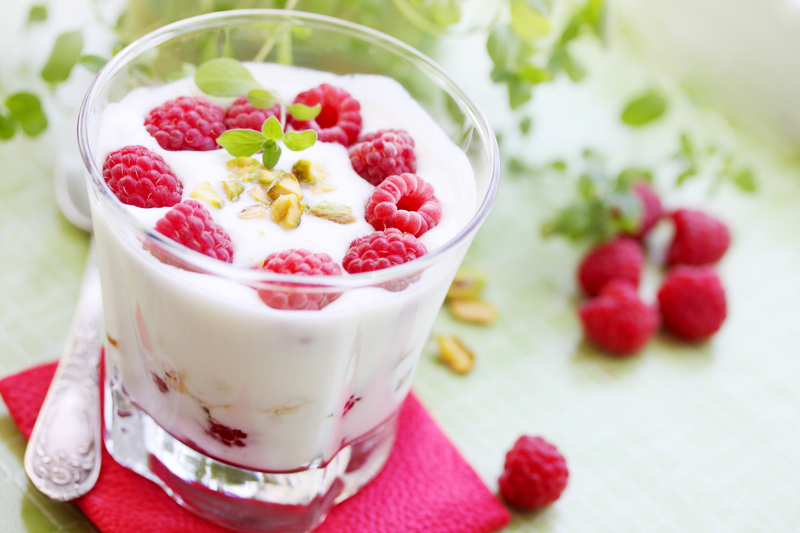 At times it may be useful to save or print NDSR reports for multiple records at a time. For example, you may want to save Glycemic Index and Glycemic Load Reports for several records to email to a colleague, or you may want to print Foods Reports for multiple recalls collected by a dietary interviewer to provide some written notes or feedback from your quality assurance process. To create reports on multiple records within the same project, open one record in the project. Then highlight the records on the left pane for which you want to generate the reports. Next, select the report you want to create from the ‘Reports’ menu. You will then be prompted to select if you want to print or to save the selected reports. If you choose to save, you will then need to browse to the folder where you want the reports to be saved. 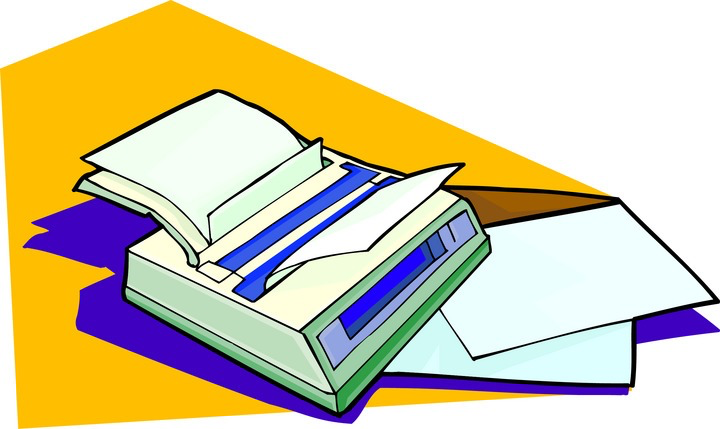 When watermelon is reported in a dietary recall or food record, it can be described as a slice or as cut up in many different ways for eating. To help with more accurate data collection and entry, we have added some additional food specific units for this food.

The standard slice that has been in NDSR is a very large slice–a cylinder that is a full
cross-section of a 7 1/2″ diameter watermelon which is equivalent to about 1.88 cups of
watermelon. 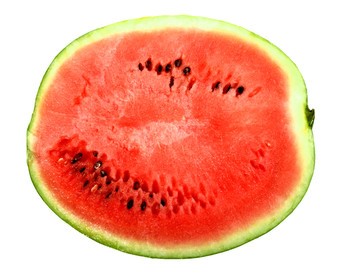 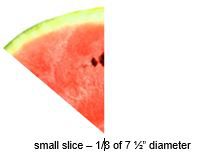 Previous versions of NDSR also provided the ability to enter watermelon in cubic inches or using the food shapes of cylinder and 3D wedge, and it should be noted that these amounts include the rind. In NDSR 2019, there is a new unit available that is fruit only: ‘chunk, 2″ x 1″ x 1″ (without rind). This can be used if a chunk of watermelon is reported without specified dimensions. It can also be used to enter a different size piece of watermelon that is only fruit. One ‘chunk’ has a volume of two cubic inches. If a participant reports a larger chunk without rind, such as 3” x 3” x 2”, this would equal 18 cubic inches of fruit. To enter the amount of that piece, you could select the ‘chunk’ and enter ‘18/2’, or ‘9’ as the quantity, as that larger chunk is equal to 9 NDSR ‘chunks.’

Do you know about the “Additional Files” folder available to support analysis of NDSR output file data?

We provide a number of additional files with the NDSR program that facilitate creating data files for analysis using SAS or Excel. The Additional Files folder is located in C:\Users\Public\Public Documents\NCC\NDSR 2019\Additional Files. These files include:

SAS Program Files: In the ‘SAS Programs’ folder you will find files that help you create SAS data sets for all output files and for all record types. These files include code for assigning formats and labels to the SAS variables, and defining the relationships within a set of Output Files. They can be used as templates and modified according to your specific needs.

Spreadsheet Column Headers: In the ‘Spreadsheet Column Headers’ folder you will find tab-delimited text files that identify the columns of a specific output file. A common use of these column headers is to paste them into the first row of a spreadsheet, such as Excel, in which you want to view NDSR Output File data. As a reminder, you can also set your Preferences in NDSR so that the column headers are included in the output files (Important Note: Select this option only if intend to view/analyze the output file data in Excel. Creation of a data sets for analysis in statistical programs such as SAS and SPSS will be more complicated if this output file option is selected). Open the Project Preferences, navigate to the User Preferences tab, and check the box for “Include column headers in output files.”

For instructions on how to create and view output files, see the section titled “Creating an Output File” in Chapter 8 of the NDSR User Manual.

The next NDSR Training is scheduled for March 6-7, 2023. Register here